One of the things I like about living in the East End of London is that history has a tendency of mugging you in the street.

Not so long ago, I visited Wilton’s Music Hall, the last remaining East End music hall and much more besides. Some of you will have seen it used in the most recent Sherlock Holmes movie, for example. Then, on Friday, at a talk by Will Palin, I heard about the Lost Squares of Stepney, and found that Wilton’s is on the edge of one of them.

On Sunday, during a walk to Canary Wharf, I found myself on Sydney Street, famous for the Sidney Street Siege of 1911, where a group of Latvian anarchist armed jewel thieves were tracked to their lair. They held off 200 armed policemen thanks to their superior weaponry. The Home Secretary of the time, Winston Churchill, had just called in the army for artillery support, when a fire broke out in the building. Churchill stopped the fire brigade going in, and waited for the robbers to emerge. They never did, and two of them were later found dead inside.

Their leader, Peter the Painter, was never captured, and the other remaining members of the gang all had charges dropped or convictions quashed, with the original killings ascribed to those who had died in the fire. Peter the Painter went on to have something of an anti-hero reputation in the East End.

As I walked down Sydney Street I found that the local council had named two new buildings to recall the siege. 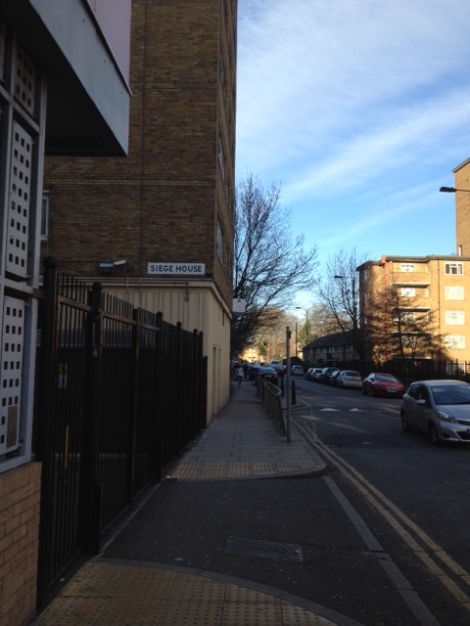 Siege House is next door to Painter House, which has a nice plaque detailing some of the history. 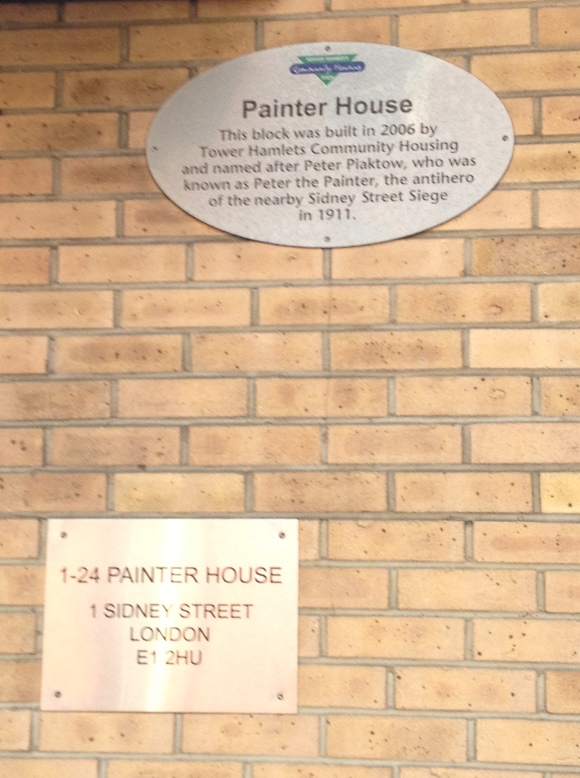 And, just as a footnote, on my way to Sydney Street I walked past the Blind Beggar, another place of criminal repute in the East End, but also deeply linked to the founding of the Salvation Army.

The history is so thick round here you fall over it.